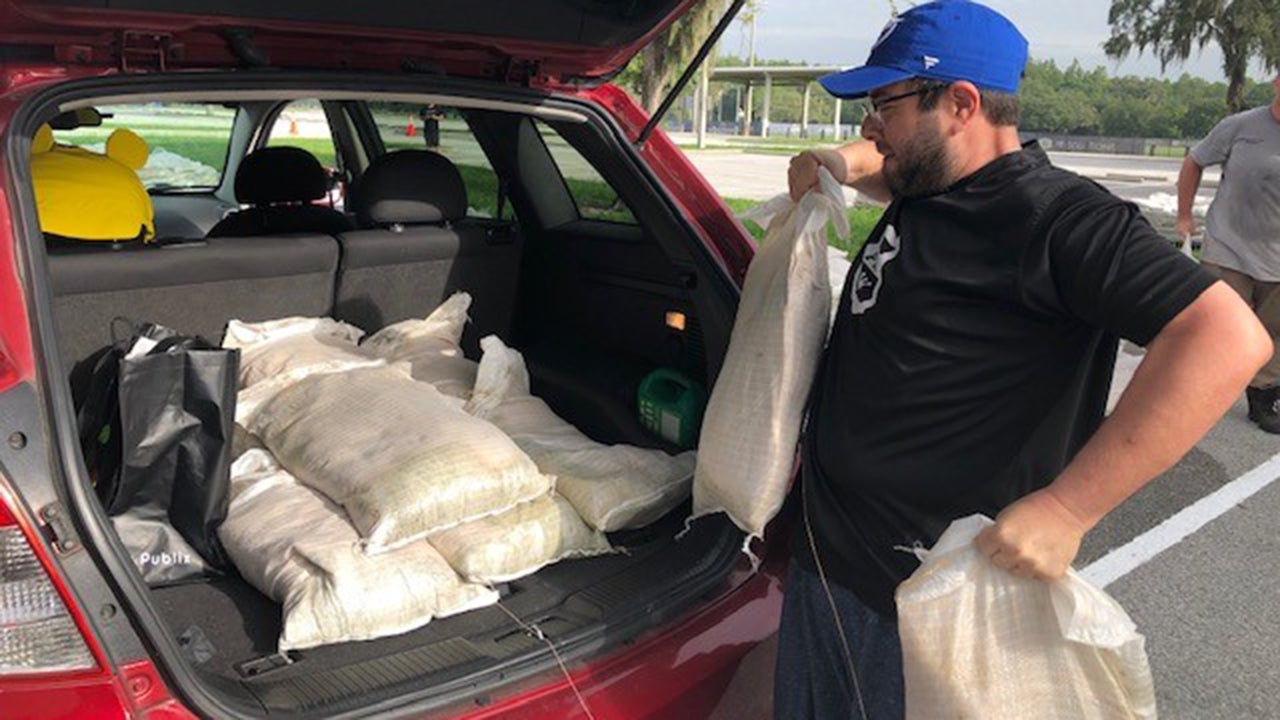 Tropical Storm Elsa was already bringing rain and winds to the Florida Keys on Tuesday as much of the state hunkered down for the storm’s rapid trek along the Gulf Coast.

Officials in at least one Florida county have issued a voluntary evacuation order mainly because of fears of flooding.

Tampa International Airport announced it would suspend commercial operations at 5 p.m. Tuesday and air cargo operations by 10 p.m. because of the anticipated high winds from Elsa. The airport planned to resume operations at 10 a.m. Wednesday.

“All travelers should check with their airlines for the most up-to-date flight schedules over the next two to three days,” the airport said in a statement.

The storm killed three people, one in St. Lucia and two in the Dominican Republic, as it moved across the Caribbean over the weekend. Elsa crossed over western Cuba on Monday.

“Through rain and through the wind, they have continued searching,” Miami-Dade Mayor Daniella Levine Cava said. “We now have our weather service embedded within our search and rescue teams to work closely to track any changes that could impact the work to ensure the safety of our first responders.”

On Sunday, the part of the building that was left standing after the collapse on June 24 was demolished with explosives. That allowed rescuers to reach parts of the site that had been inaccessible.

The confirmed death toll from the collapse stands at 32; more than 110 people are still unaccounted for. No one has been rescued alive since the first hours after the collapse.

(MORE: The Latest Forecast for Elsa)

A tropical storm warning is in effect on Florida’s west coast from Flamingo to the Ochlockonee River and in parts of the Florida Keys. A hurricane watch extends from Egmont Key in the mouth of Tampa Bay to the Steinhatchee River in the Big Bend area. A storm surge warning extends from Bonita Beach to the Aucilla River, including the Tampa Bay area.

“We’re looking at impacts, maybe around Florida’s Nature Coast…. It’s a very lopsided storm to the east, so there’s going to be a lot of bands to the east of the eye of the storm. Floridians should be prepared for that,” DeSantis said on The Weather Channel on Tuesday morning.

He added that he didn’t anticipate widespread evacuations in the state.

“One of the things that we’re concerned about is, yes this is a strong tropical storm, maybe it will reach hurricane strength in terms of the wind, but we’ve, particularly north of I-4 in our state, been inundated with rain over the last couple of weeks. So you have a very soggy northern part of the state that’s going to receive Elsa. We’re anticipating that interaction with some of the trees and losing power. There will definitely be significant impacts from this,” DeSantis said.

At a news briefing Tuesday, Kevin Guthrie, the state’s emergency management director, said 200 to 250 National Guardsmen are on standby to assist with the state’s response to Elsa.

Earlier this week, Guthrie said people should prepare for extended power outages, especially in areas where there are lots of trees that could be brought down by the wind.

Duke Energy said power utility crews are staged and ready to help restore power as soon as it is safe to do so. Florida Power & Light said it has activated its emergency response plan.

More than 8,000 electrical workers are on standby, Lt. Gov. Jeanette Nunez said in a briefing Tuesday morning in Miami-Dade County.

Nunez told residents across the state to be prepared to be without power for a few days and to heed the advice of local officials.

“If you are asked to evacuate, please leave,” Nunez said.

“The biggest thing we want people to do is to understand that they still got a little time. They need to make sure that they finish those preparations,” David Peaton, assistant director of Levy County Emergency Management, told WCJB.

“People in Cedar Key obviously need to worry about the storm surge and the wind. We need to remember, especially in a county like Levy County, we are very rural there is a lot of trees, there is a lot of vegetation,” Peaton said.

“A lot of our guys that are down there in camper trailers and stuff know to move up to higher ground. Most of our structures are elevated down there,” Lemmermen told WCJB.

Hernando County officials declared a local state of emergency on Monday morning and called for voluntary evacuations in Zone A and mobile homes, low-lying and flood-prone areas countywide. A shelter was to be opened on Tuesday morning.

Two shelters were opened in Pinellas County and one was opened in Hillsborough County, even though no evacations were ordered in those counties, according to the Tampa Bay Times.

The Pinellas County Commission held an emergency meeting Sunday to declare a local state of emergency. Officials warned that flooding could be a problem.

“We’ve been already messaging out some of the low-lying areas where we already know some of the residents have problems with flooding,” Pinellas County Administrator Barry Burton said, according to WFLA. “So we’re making sure we are telling them to take precautions.”

Officials advised those who are new to the area to familiarize themselves with evacuation and flood risk zones.

“It’s important for the public to monitor the storm and prepare for a possible tropical storm impacting our area,” Manatee County Public Safety Director Jacob Saur said, according to WTVT. “This will largely be a rain event but as the ground is already saturated, trees can easily topple from the winds produced by tropical storms in our area.”

A handful of local governments in the Tampa Bay area opened sandbag stations in anticipation of Elsa’s arrival.

“Flooding Is always a concern for us. Historically, once we get saturated like a wet sponge is when we get a tropical storm or a hurricane,” Tampa Mayor Jane Castor told The Weather Channel on Tuesday. “So we are prepared in the city. We’ve been letting the water out, cleaning ditches, emptying retention ponds, doing everything we can to ensure that the water Elsa brings us will have some place to go.”

Several school districts planned to cancel summer school classes and close offices on Tuesday and Wednesday, according to WTSP.

(MORE: The 2021 Atlantic Hurricane Season Pace Is Already Faster Than 2020)

In Monroe County, which encompasses the Florida Keys, residents and visitors in campgrounds, recreational vehicles, travel trailers, live-aboard vessels and mobile homes were asked to either leave the Keys by sunset Monday or prepare to shelter in place in a safe structure through the duration of the storm.

Aircraft based at MacDill Air Force Base in Tampa were being flown to a safe location outside the storm’s reach, officials there said in an update posted on Facebook Sunday morning. All non-essential personnel were told not to report for duty on Tuesday.

The U.S. Coast Guard has set port condition Zulu for the ports of Tampa, St. Petersburg, Manatee, and Fort Myers because of the high winds expected from Elsa. Beginning at midnight Tuesday, no vessels may enter or transit within these ports without permission of the captain of the port.

The storm is approaching during what is typically one of the busiest travel times of the year, and as travel volume returns to pre-pandemic levels.

On Sunday night, President Joe Biden approved an emergency declaration for the state of Florida in order to make federal resources available for storm preparation and emergency response.

Elsa is the fifth named Atlantic storm and first hurricane of the 2021 season. It is the earliest E-named storm on record in the Atlantic.

The Weather Company’s primary journalistic mission is to report on breaking weather news, the environment and the importance of science to our lives. This story does not necessarily represent the position of our parent company, IBM. 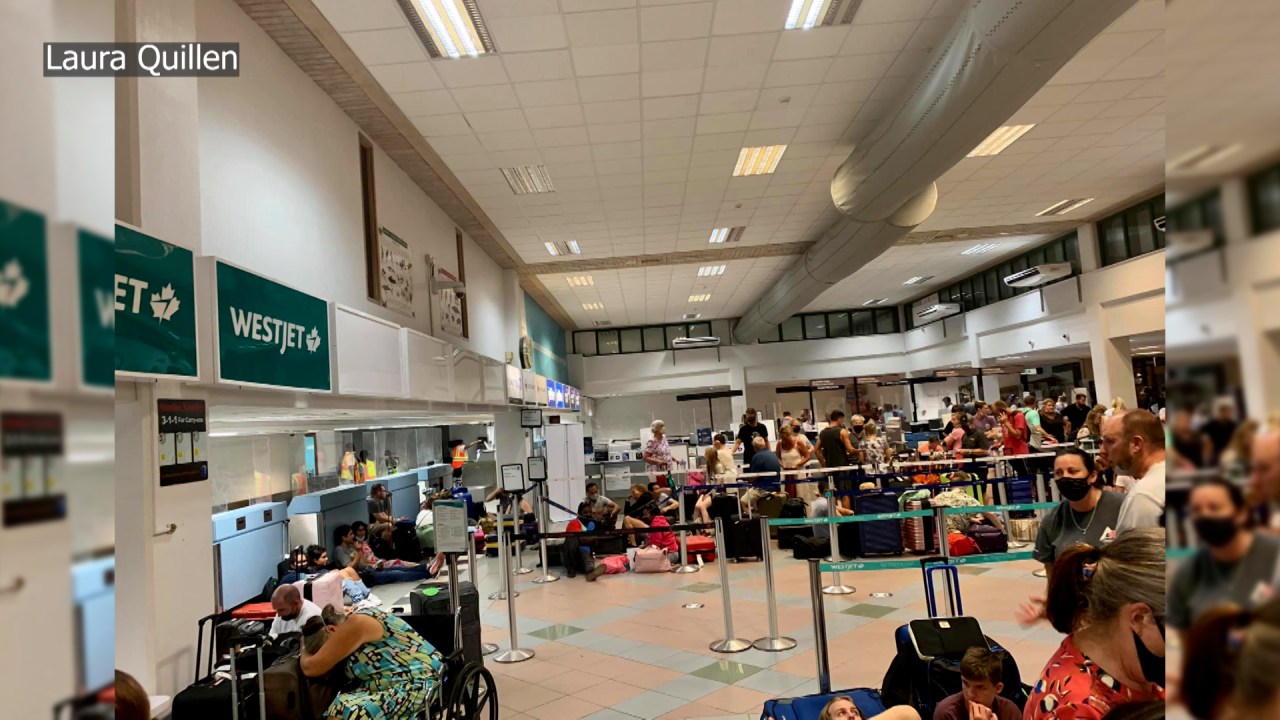 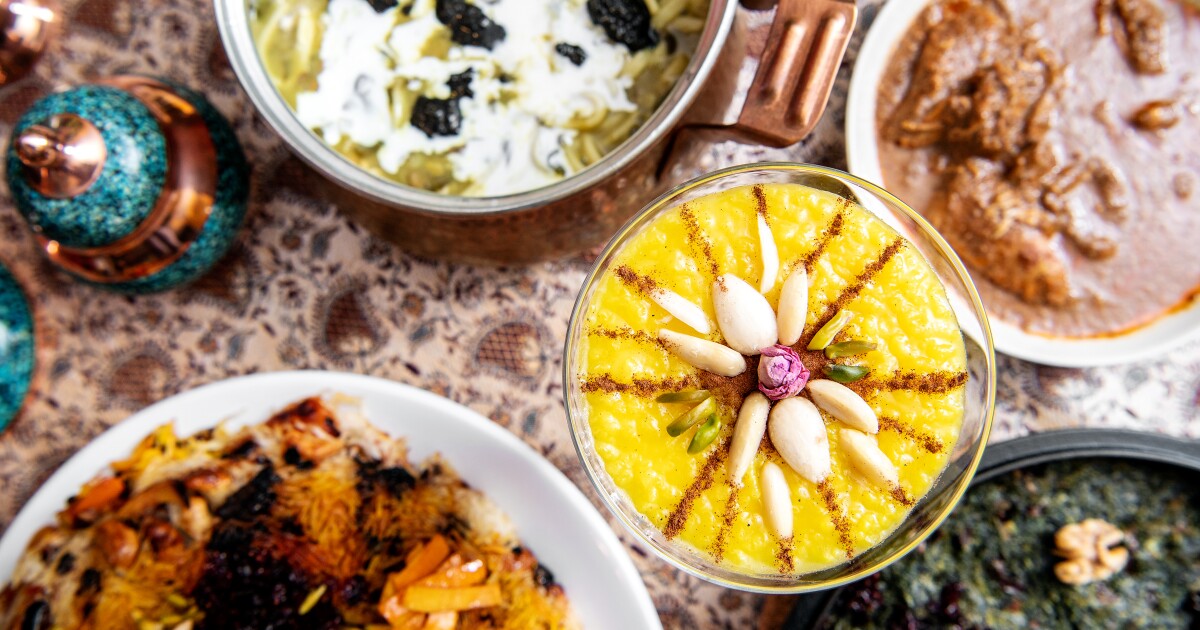 Next post Op-Ed: My mom has been a citizen diplomat